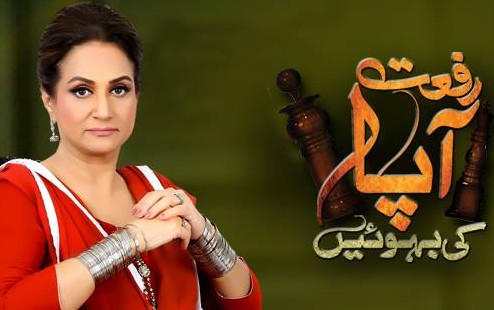 Drama serial drama serial Riffat Aapa Ki Bahuein is produced under the banner of iDream Entertainment. It is starting from 09th of November, 2015 and will be broadcasted on every Monday, and timing of drama is 07:00 pm, only on ARY Digital.

Anwar Masood, famous for his comic poetries were the guest …