The start of September usually brings excitement and anticipation among children in Russia as they prepare to head back to school after summer holidays but for the Muslim girls of Mordovia  1st September marks a black day that reminds them that they are not truly free. This is the day when a legislation was passed by the Russian government banning the hijab from schools in the country.

The hijab is an important part of a muslim woman’s attire and is a symbol of her faith and dignity. The ban on hijab is a part of a wider ban on religious symbols and was protested by a large number of Muslims in the republic. The mufti of the Central Spiritual Administration has also filed an appeal with the republican prosecutor’s office to review the decision of the legality of the ban.

However this path has been taken before and hope is weak for the outcome o be different this time. in 2013 a similar appeal was dismissed by the Supreme Court of Russia. The government says this ban is to eliminate social and religious differences among schoolchildren but in reality it is just an act of oppression against the Muslims of Russia to stop the spread of Islam in the region. Now it is up to the Muslim community to voice their concerns at this issue and unite to stop te persecution of Muslims in Russia and around the world.

Karachi: A Tribute will be given to the famous Urdu … 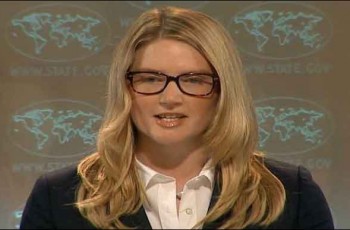 WASHINGTON: The US State Department has said that Pakistan herself …