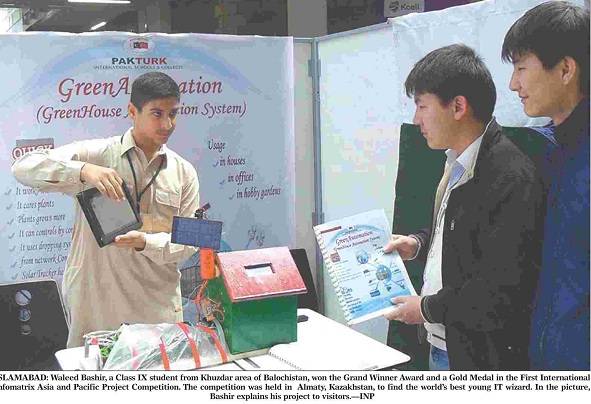 A Pakistani 9th class student Waleed Bashir from Balochistan has won the Grand Winner Award and a gold medal in an international computer project competition held in Kazakhstan. Waleed Bashir son of Haji Bashir from Khusdar town of Khuzdar District in Balochistan is student of 9th class in Quetta’s PakTurk School. Waleed bagged the first position 1st International Infomatrix Asia and Pacific Project Competition 2013 which was held in Almaty, Kazakhstan.

The 15-year-old Waleed was competing with students from India, Bangladesh, Russia, Georgia, Ukraine, Bosnia and Somalia. Waleem project “Green Automation” was at top among 100 projects. Waleed developed an automated system which maintain house’s garden through computer and internet.

Waleed was araded first prize and US$600. Bashir after winning the first prize said: “I always wanted to bring a good name for Balochistan and want to do something for my dry province (Balochistan)”. He is hoping that his project will do some good things for his province fertile problem. 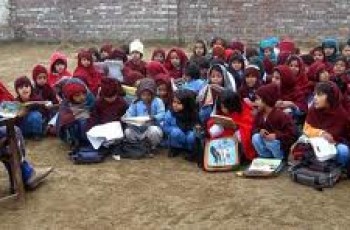 Lahore:  In order to safeguard the students of government schools … 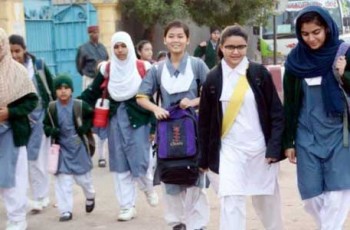 Winter vacations in schools of Karachi, Sindh for the year …