It’s august. Again we will see flags everywhere, nationalistic emotions as people once again prepare to celebrate yet another day to mark their independence but the question is Independence from what?? The Muslims of the subcontinent after over a hundred years of struggle and sacrifices received a very small portion of the subcontinent which they called ‘Pakistan’ i.e. ‘land of pure’. They had dreams of a place where they could implement Islam as a whole and live their lives according to their injunctions of Islam; they wanted to get rid of Hindu Oppression and the colonialist domination.

From the day of its inception and to a day today, 64 years after the creation of Pakistan, this still remain a dream unfulfilled! The colonialists may have left our land physically but still continue to occupy. Our Judiciary is based on British Indian Act 1935; our economic policies are dictated to us by the colonialist institutions such as IMF and World Bank. The UN charter binds us in chains which just seems unbreakable by our rulers. They have imposed on us their culture though cultural invasion. They continue to control us by appointing their agents to rule over us and implement their Un-Islamic systems upon us.

They change our Educational curriculum to suit their purposes to turn our children away from Islam, to become slaves to the west and to adopt their thoughts and emotions as if they were our own. Through privatization and free market policies they gain control of our natural resources and the assets of the Muslims. The extent of slavery to the west clearly demonstrated itself in the invasion of Afghanistan, Iraq and in the drone attacks in which thousands of our Muslim brothers and sisters are MURDERED but we are so independent that our puppet rulers cannot even move our OWN army to help our brothers and sisters. Instead, it fights American War on terror which is the war on Islam in reality which truly contradicts the basis on which Pakistan was established.

We can never be independent if we continue to implement Un-Islamic man made systems. Only the system given to us by Allah (swt) i.e. the Khilafah gives real independence to the Muslims from all Non Muslim colonialists’ interference and Oppression. Only the Khilafah through implementation of true Islam will protect the honor, lives and property of all mankind and will raise them from a declined state to an elevated one. It is Islam which is the only ideology able to rebuild well up this world again after being decayed by the other two ideologies i.e. capitalism and communism. It is the only ideology able to effect true rise for Muslims and all other nations. Let us pray and work to implement the system that our forefathers sacrificed so much for. 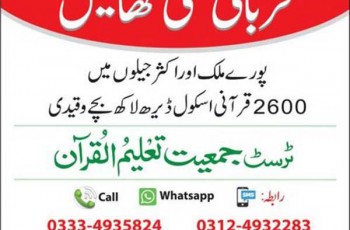 Karachi: Jamiat Taleem Ul Quran (Trust) announces that it will … 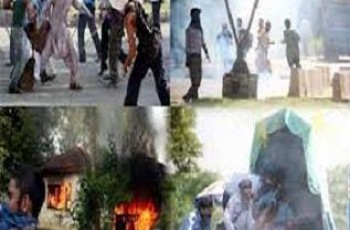 Karachi: As peaceful anti-America protests ignited across the country, more …