Pakistan number one squash player Amir Atlas Khan has jumped five places in the latest ranking published by the Professional Squash Association (PSA) for the month of August.

Amir Atlas was at number 28 in July but now he has moved to number 23.

In July Aamir Atlas played in two tournaments. In the CIMB Malaysian Open he reached the final after defateying World No 10 Malaysian Mohammad Azlan Iskandar and World No 17 Australian Cameron Pilley.

Aamir also played in Sportsmax Squash Open in Cairo, Cairo where lost in the quarterfinals. He was beaten by Egyptian Marwan El Shorbagy, who has recently won the World Junior Champion.

Aamir will represent Pakistan in the World Team Championship in Germany later this month.

However, Aamir is the only player in the World Team Championship squad who is ranked in the top 100. No other Pakistan player who will go to Germany is ranked among the top 100 elite squash players of the world

Karachi: After a brilliant bowling show by the green shirts … 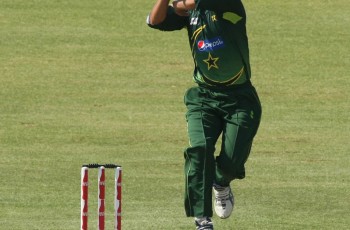 Pakistan cricket team won the first one day international of …