Speakers during the “Pakistan Paindabad Conference” have said that Pakistan is a nuclear state and befitted reply should be given to the aggressor country, adding that India and US has no courage to make any aggression against Pakistan.

They said that the US could not do anything without the support of Pakistan, adding that all political forces should join hands for the preservation of sovereignty of the country, adding that over the non-provision of religious education to youngsters all are criminals.

The speakers said that the 70 percent of Pakistanis are Muslims of name, adding that if we would not return towards the Pakistan ideology the West Pakistan would also continue facing threats as East Pakistan was separated from the Pakistan.

Former Amir Jamaat-e-Islami Qazi Hussain Ahmed while addressing the conference said that interpretation of Pakistan ideology has been done in Objective Resolution, adding that if we would stick with the objective resolution than no body could harm Pakistan.

He said that the enemies are hatching conspiracies against the education syllabus of Pakistan, adding that US, India and Israel have become enemies of Pakistan due to the nuclear progame and being an Islamic state.

He said that if we would not return back towards the ideology of Pakistan than the west Pakistan would continue facing problems as east Pakistan was separated from us, adding that Balochistan is in danger and letters are being sent by the Baloch youth that they are separate nation and Balochistan is consisting on 44percent land of country.

He said that Pakistan flag is not being hoisted in province, adding that this all because we have left the Pakistan ideology.

Chairman Pakistan Ideology Trust Majeed Nizami said that Pakistan would live long, adding that we consider India as an enemy and young generation should know that how Pakistan was established.

He said that nuclear state Pakistan is capable to face any challenge, adding that Mard-e-Hurr Asif Ali Zardari should not surrender before the US.

President Pakistan Ideological Forum General (retired) Abdul Qayyum said that we have to join hands against common enemy, adding that we would be on different portfolios if Pakistan remains without Pakistan there would be nothing including politics. We have to reform our economic policy and to control law and we have to ensure good governance to control law and order situation, he added.

He said that seven Lac Indian troops are present in Kashmir, adding that we have top solve Kashmir and water disputes with India prior to start dialogue process.

Former Chief of ISI General (retd) Hameed Gul said that now time has come for completion of ideology of Pakistan, adding that there is need to omit flaws available in our constitution. Due to strategic location of the country it is impossible for US and India to fight with Pakistan openly, he said.

He said that US can not survive in the region without Pakistani support, adding that we have to change the system of country. The destiny of the nation cannot be changed though vote, he added.

Former Chief of Army Staff General (retd) Mirza Aslam Beig said that every one has looted country during last 65 years and some people are still looting but there is no effect on Pakistani natural resources, adding that leaders have shifted 92 billion dollars in foreign banks.

He said that India is following the plan to make Pakistan barren by stopping its water, adding that Pakistan-India war over water issue could be more harmful than that of atomic war. 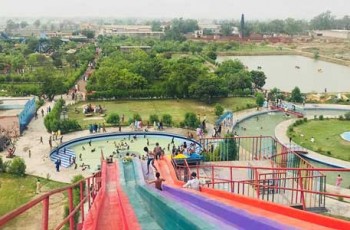 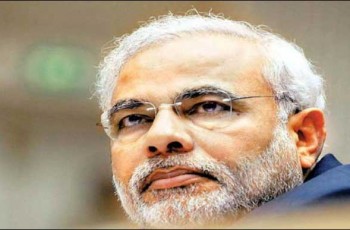