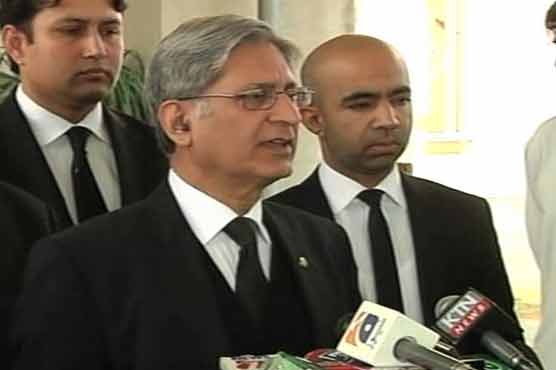 Islamabad: Senior leader of Pakistan Peoples’ Party and Senator Aitzaz Ahsan excused offer to become Altaf Hussain Lawyer in Supreme Court. He said that MQM Leader offered him to become Altaf Hussain’s lawyer in Contempt of court case but he apologized. Talking to media in Islamabad, Aitzaz said that he is not taking this case as Chief Justice Iftikhar Muhammad Chaudhry is among the bench who is hearing the case.

Aitzaz said that Chief Justice Iftikhar Chaudhry must visit Karachi. CJ shouldn’t postpone his Karachi visit due to security reasons, he added. Pakistan top lawyer Aitzaz explained that if CJ will not visit Karachi then Altaf Hussain will get Justification for not coming in Pakistan.

Talking on upcoming General Election Date, he said that Elections are possible in May 2013. It’s worth mentioning here that SC Issues Contempt Notice to Altaf Hussain and called him on January 6.

Karachi: Two cars were set on fire as Pakistan Peoples …