A diet filled with glucose-rice foods combined with a sedentary lifestyle and genetics are the primary factors contributing to Type2 Diabetes.

Now a new research study has identified a fourth cause —vehicular emissions. Although previous researches have correlated air pollution with diabetes, this study has been the most extensive ever conducted. And more importantly, yielded quantifiable results.

Published in The Lancet Planetary Health, the study reported that air pollution was responsible for 14% of diagnosed cases of diabetes in 2016. To ensure accuracy and consistency of the results, the research team established obesity and Body Mass Index as control variables so that these did not have an impact on the results.

The team identified PM2.5 as the particle most likely to contribute to diabetes. The fact that it has a size of 2.5 micrometers has made it very difficult for scientists to study its structure and so far, little is known about its exact makeup, other than the tact that it contains toxic chemicals.

What makes PM2.5 a health hazard is that due to its miniscule size, it can be breathed in?

Penetrate the lungs and enter the bloodstream. As blood circulates throughout the body.

PM2.5 reaches various organs. Causing inflammation, which in turn, restricts insulin production in the pancreas. Continued absorption of the particle in the blood leads to insulin resistance. And eventually diabetes.

Although sources of PM2.5 include the burning of industrial fuels, scientists are unanimous that it is vehicle emissions that contain the largest amounts of the substance and is also the source likely to cause the most harm since there is no way to avoid this exposure.

While EPA regulations are in j—— place specifying the levels / of safe pollutants in the air, \ scientists are of the view that more needs to be done.

This is because in developing countries, such as Bangladesh, India, Pakistan and Papua New Guinea, air pollution regulations are not strictly enforced, putting people at risk of a chronic disease that requires lifelong medication. Until cleaner fuel sources are used in vehicles, limiting emission exposure and wearing protective masks are the only available options.

It is sad that Salman Taseer’s son Shahbaz Taseer got … 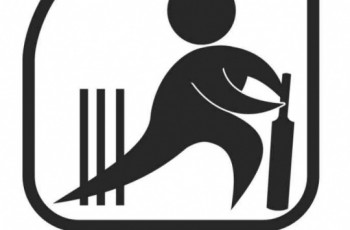 Whenever Pakistan cricket team loses a match by big margin …