I hope you don’t have a death wish. Stay put stay safe. You have done ur bit. Did some great things like local govts, public sector development, HEC, privatization and encouraging FDI, uplifting the economy, uplifting Pakistan’s stature internationally, improving SPD and nuclear assets, etc. But you also did some mean selfish things like supporting few political parties including those with fascist past, reneging on your promise to put off the uniform not giving up power gracefully and worst of all the curse of NRO which has ruined the nation irreparably.

The net effect tilts towards negative side and leaves an overall bad taste. So enjoy the rest of your life and try to contribute by some other non political means. Pakistan will eventually find it’s north after going through the bloodbath. Stay out of it for your own and for your country’s sake. Don’t fall into the trap of sycophantic who usually gather around influential people and praise their every move to gain favor. 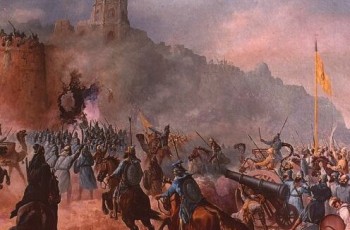 Generally all of us are aware of the name of …

On Thursday (29th December) I received an SMS on my …