Karachi (Showbiz Report): Well known and senior television actor who is known as Shakeel, his real name is Yousuf Kamal, says that with time, changes come in every field. Television field has changed a lot as well, there was time when the television industry was on its downfall but now it has reestablished and back to its better state.

Shakeel who was born on 1938 in Bhopal has ruled on the television industry. He has spent 40 years of his life associated with this field. He worked with the radio network when he used to be in school. He is included in one of those artists who switched from films to television. His work is appreciated by his followers and his fans still love his dramas and acts.Shakeel first film was ‘Hunhar’ other than this he has done many films including ‘Papi’, ‘Na Khuda’ and ‘chahat’. His first drama ‘naya rasta’ which was telecasted in 1971, later he worked in many other famous dramas, Uncle Arfi and Angan tera are the dramas which brought him fame.

He says that Pakistan drama industry is also suffering due to the current conditions and prays for the peace of country.

Ye Waqt Hai Mera, the morning show hosted by the … 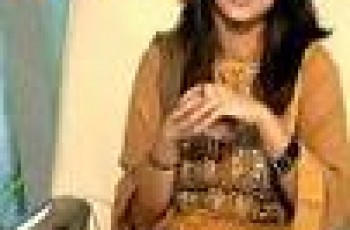 Famous Morning Show host Nadia Khan who was host of …