Jeddah: “Abdul Sattar Edhi did a remarkable job for humanity and he is a source of capital and pride for us”, Consul General of Pakistan Khalid Majid said.

The program was held on Monday at Jeddah under the auspices of Memon Association Saudi Arabia – Memon Welfare Society Jeddah to pay homage to the late Abdul Sattar Edhi, a prominent Pakistani social leader.

The Consul General further added that Abdul Sattar Edhi was an ideal man. He had the status of all human beings and our national hero. He will always be remembered for his good deeds and for humanity. And their names will be written in golden letters in history. He hoped that more Edhis would be born in Pakistan soon.

He also praised the performance of Pakistan Consulate Jeddah and the welfare sector in resolving the problems of Pakistanis residing in the country and assured the Memon community of his support and cooperation.

The event was also attended by Deputy Consul General Shaiq Ahmed Bhutto, Community Welfare Consul Majid Memon, and esteemed members of the Memon community from various walks of life.
The ceremony started with the recitation of Holy Quran and Naat was presented by Siraj Adam Ji and Ahmad Irfan.

Abdul Qadir Africawala performed the duties of the directorate. Shoaib Sikandar, Finance Secretary, MWS, thanked all the guests and also thanked the members of MWS for their efforts and hard work in making the program a success. 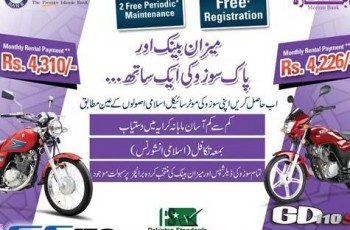 One of the leading Islamic banks of Pakistan, Meezan Bank …