Aamina Sheikh is a famous Pakistani model & actress who has worked in movies and drama serials. Through her acting skills she establishment herself in the entertainment industry at a young age but do you know how she started her career as a model?

This biography will reveal the details about Amina Sheikh’s personal & professional life, from her early years to the work in the fashion industry.

Aamina Sheikh was born in Riyadh, Saudi Arabia where her family was settled. Her father Abdul Sheikh was a pharmacist with family business in textile industry.

The family moved from Riyadh to Karachi so she spent her early years in these two cities. She continued her schooling from Mama Parsi School in Karachi and when they shifted to Riyadh she joined American International School.

After coming back to Pakistan she continued her studies at St Joseph’s Convent School and The Lyceum. For higher studies she travelled to USA where she joined the Hampshire College, Amherst, Massachusetts to complete her film video production studies.

Her first professional exposure was as an assistant at Curious Pictures which is a Manhattan-based multi-media company. After returning to Pakistan she joined Geo Television and started directing and producing the famous children show ‘Bachey Man Ke Sachey’.

In 2007 she decided to make her debut for TV screens through telefilm Gurmuch Singh ki Waseeyat which was aired on PTV Home. It started her journey in Pakistan’s entertainment industry which never stopped after many years.

But even before she joined the media Aamina Sheikh worked in theatre during her school and college days. It seems that this experience and passion from school days let her to enter the entertainment industry.

In the field of modeling she gained fame after becoming spokesperson of  L’Oreal and then receiving  Lux Style Award for Best Model.

Her debut as a runway model was for Rehana Saigol’s fashion show in 2010 after which he did many other projects for famous designers and brands including:

Her first telefilm was Gurmuch Singh ki Waseeyat after which she appeared in many telefilms among which the major were Aasmaan Chu Lay, Pachees Qadam Pe Maut & Baarish Mein Deewar.

Aamna is very selective about selecting movies because rather than following stereotypes which wants to explore new roles. This is why she played the:

This versatile choice for role makes her unique among other actress in Pakistan’s entertainment industry. This is the list of movies in which Aamina Sheikh worked:

She started her drama career in 2008 and so far has worked for numerous serials which were aired on all major channels of Pakistan including PTV, Geo TV, Hum TV, Indus TV, ARY Digital and Urdu1. These drama serials include:

Due to her work in the film and drama industry she was nominated and received multiple awards including:

Aamina Sheikh married a Pakistan actor and comedian Mohib Mirza despite the fact that her father was not interested to let her daughter marry an actor. The couple’s wedding ceremony was held in Karachi but rather than being a glamorous event it was limited to friends and family members.

The couple is settled in Karachi where she gave birth to her first daughter in 2015 which she named Meissa.

If you want to get updates about Aamina’s new project and personal life then follow her through these social media accounts: 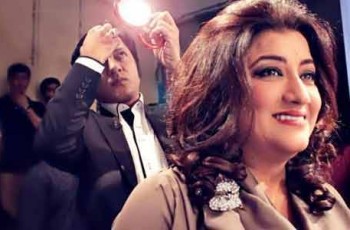 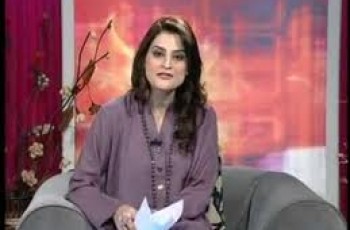 Aamna Malik host of morning show on News One has …