A three day seminar will be held by the Sindh Madressatul Islam University and will be chaired by the leader of the opposition in the National Assembly, Syed Khurshid Ahmed Shah. The chief guest of the event will be the author of “The Indus Saga”, Senator Aitzaz Ahsan. This will be the second seminar, while the first was held in 1975 under the regime of Prime Minister Zulfikar Ali Bhutto. The conference will have his session on March 26th 2014.

Over 60 historians and research scholars from different parts of the world will present their papers.  The main objective of the seminar, ‘Sind through the centuries’ will be to share the latest research on history, culture, language and other aspects of the region. Sindh is considered as the centre of ancient Indus Valley Civilization.

Various exhibitions will also be held during the duration of the seminar that will throw light upon the art, craft and literature of the region. Books, documentaries and photographs will also be presented in this seminar. Live performance of the traditional Sindhi music will also be part of the show.

Speakers from the other regions of the world have also been invited. The arrangements have been finalized by the organizing committee consisting of Dr Hamida Khuhro, Dr Mohammad Ali Shaikh, Dr Nilofer Shaikh and Dr Fahmida Hussain. 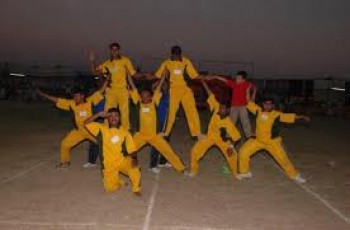 Lahore: The lion and the Acrobat show has now begin …

The First International Small Arms Shooting competition will be held …